The Pack A.D., Nobody Likes Neville, The Unsemble & more!

This 10 song opus opens with a fast paced rocker entitled “Welcome” which has an extremely upbeat & positive feel to it. Track #2, “Cry Sister” takes the record in darker directions and “Rock You All Night Long” has a cool groove.

Musically this record sounds excellent with very polished tones and production yet there’s just enough of an edge to maintain some rawness.

The vocals are very pleasing to the ear and the song arrangements are pure radio rock which makes this a very commercial sounding record.

“It Haunts Me” is my personal favorite off because it’s dark and crunchy with just a touch o’ pop hindrance which makes it awesome.

“Home” closes off this record on an acoustic note and from start till finish this is one well crafted modern rock record!

Weird, dark, beautiful & odd....that’s how I’d describe the music off this cd and the tragedy of this record is the fact that it’s an all instrumental record because EVERY song off this record reminds me of A Perfect Circle. Maynards voice would be the icing on the cake if this band had him singing for them!

The 15 tracks off this record are semblance's of deep regret, dark hurt & haunting beauty....atleast that’s what I got from this record upon listening to it during a major snow storm here in Maryland!

Instrumental records are hard to review because I always feel like an instrumental track is not completed until there’s a vocal track on it therefore this record is a kick ass collection of material which simply needs vocals in order to be completed.

Simple guitar & drums with a lo-toned female voice singing over it all...that’s the essence of The Pack A.D. and their music reminds me of The White Stripes combined with The Sounds & The Pixies.

Alt rock darlings from Canada, The Pack A.D. are a fun duo to check out and this is actually the bands 5th release which is interesting because this record has the energy of a debut release! 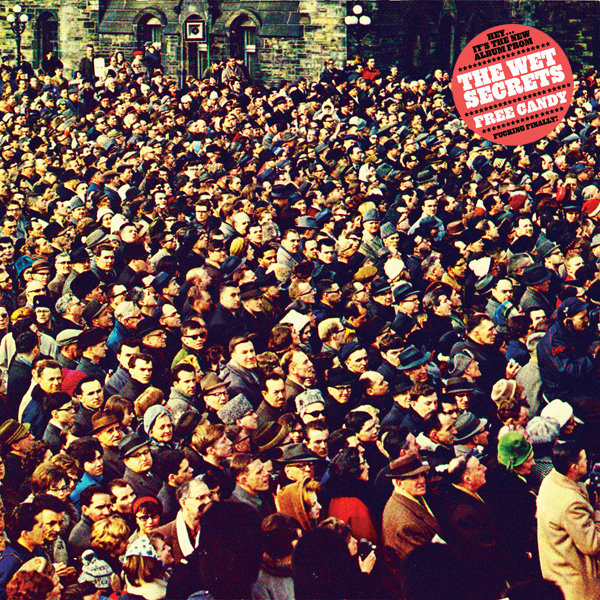 Interestingly old school sounding and most tracks start off with an almost stoner rock styled bassy riff that leads into garagy tones and dance oriented grooves.

For the most part this is an interesting record and on an artistic level there’s few bands out there creating art like The Wet Secrets do!

Musically this EP is heavy & fast with an emphasis on melodies that enhance the tremble-drenched metal tones which the McCullough brothers (bass & guitar) churn out.

“Killer On The Run” is an interesting moment on this EP because the high/low dynamics leave you wanting to hear the song over & over.

This is a straight up metal record from start to finish with occasional goth elements here & there if you listen closely.