Dangerous Toys vocalist Jason McMaster seemed to have drop off the “national” rock radar since the early 90’s despite constantly touring, writing & releasing music with other projects outside of Dangerous Toys. Evil United is Jason’s current project and the band has just unleashed their sophomore release entitled “Honored By Fire” which finds the band churning out thrashy riffs, chunky beats and screeching vocals.

The guitar riffs are entertaining and the music is solid but what’s lacking on this record is anything memorable. Every track is strong yet somehow forgettable because there’s just no hooks which make you remember anything you hear. With that being said, I still believe this is a good metal record just it lacks that certain something in the song writing area which makes it memorable.

This record is an interesting pairing of obscure yet legendary performers who all came together to help out singer/guitarist Steph Honde on his solo record.

Tim Bogart from Vanilla Fudge, Don Airey from Deep Purple & Whitesnake, Vinnie Appice from Dio & Black Sabbath and Paul Di’Anno from Iron Maiden all make guest appearances on this record. The overall tone of this release is standard classic hard rock and the tragedy of this record is that it’s actually about 20 years too late because if it was released 20 years ago it could have been a much bigger deal than it is today.

The late 70’s West Coast Punk scene was where Social Distortion, Fear, Black Flag & Agent Orange started out. There was a club called The Cuckoos Nest which was the essential hang out for the entire scene and this documentary explains the rise & fall of The Cuckoos Nest complete with artist interviews and actual footage from shows at the club. The gist of the movie explains how pivotal the club was to that scene, how it united friends & created a scene which influenced all current rock music today.

The reality is that every town has/had a club like The Cuckoos Nest BUT the Nest actually hosted legendary shows boy The Ramones, Iggy Pop, Social Distortion, etc. & the club created trends that would carry over some 35+ years later! 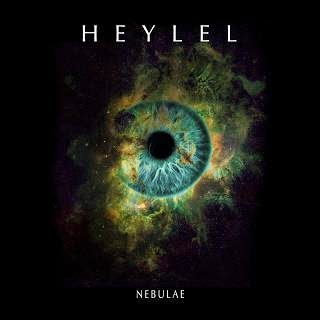 This 11 track cd is divided into 4 chapters which lay out each song in an almost “concept” styled way which creates a loose story of hope & death if you listen to the record in it’s entirety.

Musically the band sounds like a slightly more prog Lacuna Coil & there are 2 covers on this record although most metal fans will never know the 2 tracks are covers because they are obscure.